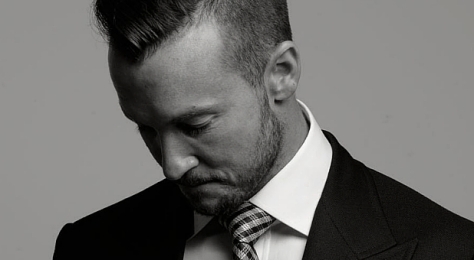 “Where love rules, there is no will to power; and where power predominates, there love is lacking.” – Carl Lentz

(The following excerpt from Hillsong NYC’s “Apostle of Cool” Carl Lentz Waffling on Homosexuality by Alex Kocman recently appeared on charismanews.com. To view it in its entirety click on the link below.)

Maybe, then, it isn’t so surprising that Lentz’s stance on homosexuality is less than clean-cut.

“We have a stance on love, and on everything else we have conversations.”

Though it may seem like Lentz avoids the question, the tattooed and pierced pastor maintains that he always answers the questions thrown at him. “You just don’t like my answers,” he elaborated in an interview with HuffPost Live.

“Some churches want us to give blanket answers on huge issues. Well, my Bible says, be attentive to individual needs. So I’m not gonna make polarizing political statements about certain things in our Christian community right now. No matter who says what, we won’t be pressured into giving blanket statements to individual needs. Never,” Lentz proclaimed from the pulpit of Hillsong NYC.

Like Joel Osteen, “Apostle of Cool” Lentz refuses to create division by letting the “gotcha” questions of journalists pin him to one side or the other.

But in doing so, has he already picked his side?

The issue strikes at the heart of a contentious debate within church ministry over what come call “the attractional model.”

“This is typical of the cult of celebrity megachurch pastor because to grow their little kingdoms they cannot risk offending anyone,” commented Pastor Ken Silva of Apprising Ministries in a recent article.

Scripture does indeed require pastoral leaders have good reputations in the community as much as it is possible (1 Timothy 3:7), but that principle alone isn’t the sole judge of how Christians should approach divisive issues like homosexuality.

In Luke 9:26, Jesus is quoted as saying, “Whoever is ashamed of me and my words, the Son of Man will be ashamed of them when he comes in his glory and in the glory of the Father and of the holy angels” (NIV).

Lentz, however, sees himself as in agreement with the style of Christ’s ministry.

“Very rarely did Jesus ever talk about morality or social issues,” Lentz claimed in an interview with Katie Couric in December 2013.

While Lentz’s affection for individuals is clear, his priority on biblical teaching is anything but.

“As Christians we must love precious LGBT souls, for whom Christ died, enough to tell them the truth. Pastor Carl, it is not unloving to tell someone the truth; however, it is actually hateful to withhold it from them,” Silva wrote.